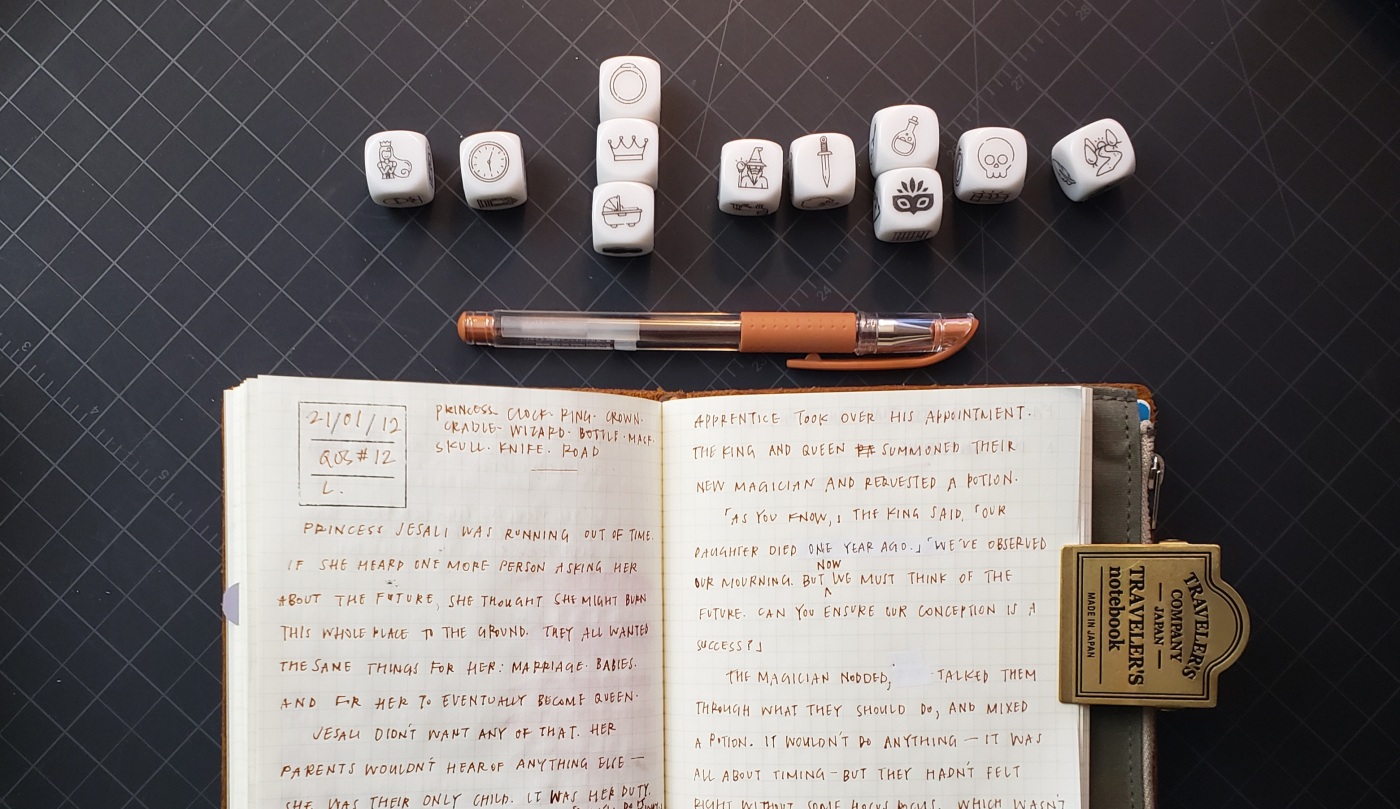 Princess Jessalyn was running out of time.

If she heard one more person ask her about the future, she thought she might burn this whole place to the ground. They all wanted the same things for her: marriage. Babies. And for her to eventually become queen.

Jessalyn didn’t want any of that. Her parents wouldn’t hear of anything else—she was their only child. Seeing to the future of the kingdom was her duty.

Duty, she thought, and went to find a wizard.

“You want what?” the wizard asked. But he made it for her, because he knew better than to tell her no. Especially with her knife pressed to his throat. Jessalyn drank the potion, and slept, and was no more.

The wizard took an apprentice soon after, realizing he had no one to pass his craft on to. When he died, his apprentice took over his appointment. The king and queen summoned their new magician and requested a potion.

“As you know,” the king said, “our daughter died one year ago. We’ve observed our mourning, but now we must think of the future. Can you ensure our conception is a success?”

The magician nodded, and talked them through what they should do, and mixed a potion. This particular potion wouldn’t do anything—conceiving a baby was mostly about timing—but they hadn’t felt right without some hocus pocus thrown in. Which wasn’t to say that all potions didn’t work—they did. No one knew that better than she did.

When the king and queen left, the magician took down one of the wizard’s old books and flipped through it fondly, remembering.

“Are you sure?” the old wizard had asked. She was sure. So, the wizard mixed the potion she’d requested. Jessalyn drank it, ands slept. And when she woke, she had a new face, and a future filled with nothing but freedom. The wizard had asked what she’d do now. She’d cleaned her nails with her knife and mentioned what a shame it was that he had no apprentice.

When news spread of the queen’s pregnancy, the kingdom rejoiced. The magician smiled. Her duty was done. She packed up her essentials, gave her notice, and set off to find a new adventure.